As the world's largest manufacturing base, China's robot industry development pattern has shown a situation of competition. As early as ten years ago, foreign robot companies have begun to lay out in the Yangtze River Delta and Pearl River Delta regions of China. They first developed the market with agent models, and gradually established R&D centers and engineering centers. When they have certain market demands, they will establish themselves. Production base. At present, Germany's KUKA, Japan's FANUC, Switzerland's ABB, Yaskawa four major robot companies have fully entered the Chinese market, Italy, the United States, South Korea's robots and supporting enterprises have also laid out the Chinese market.

In the Chinese market, ABB has the most complete range of robots and models, and its market share is relatively high. In terms of price, ABB and KUKA are relatively high in foreign brands. Nowadays, benefiting from the decline of the cost curve of the robot, the foreign giants represented by the four giants such as KUKA and ABB have begun to adopt a strategy of lowering the price of the products in order to accelerate the localization of China, in order to further increase the market share.

While foreign companies have made themselves more suitable for the Chinese market ecology through local enterprises, domestic and large enterprises are also rushing to the beach. According to a survey conducted by the Ministry of Industry and Information Technology in early 2016, there are more than 800 companies involved in robot production and integrated applications in China. Chinese robots have also appeared in many independent brands. Shenyang Xinsong, Guangzhou NC, Changsha Changtai, Anhui Eft, Kunshan Huaheng, Beijing Machinery Automation Institute, etc. are a few companies with a certain scale and level. 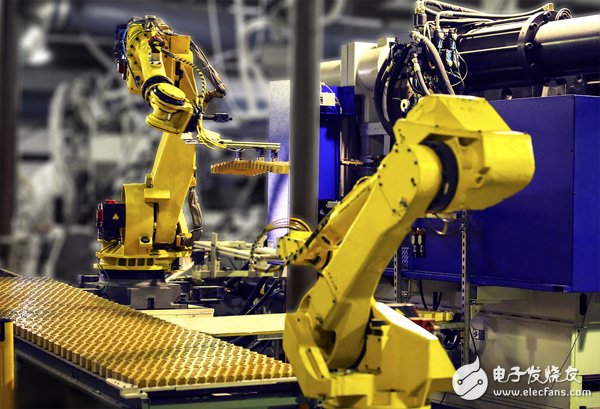 From 2014 to 2015, various local governments have successively issued nearly 80 policies related to the development of the robot industry, and 42 robot-related industrial parks have been built or proposed nationwide. Since then, in 2016, China's robotics companies have blossomed everywhere. According to statistics, as of September, the number of robot companies in China has increased to 4,325, an increase of 12.58%.

Not only the policy, but also the government's emphasis on the robot industry has also entered the capital field. Many local governments have introduced preferential policies. For example, the robot industry park can use land for free, plus financial subsidies. Each unit can even get it. 20% subsidy.

According to data provided by the Russian Robot Association, from 2000 to 2015, the growth rate of China's industrial robot supply has reached 17%. The density of robots used in China has reached 49 per 10,000 people. According to the high-yield research data of industrial research institutions, the output value of domestic robots reached 1.64 billion yuan in 2015, and the demand in 2015 was 65,000 units. The market share increased to 15%, and the output value increased by 55%.

The look of the future industry

However, behind the line, the industry behind the disorder is the opportunity, and the disruptive role of the robot industry in manufacturing may become the channel for enterprises to go to the oligarch.

The US Christian Science Monitor website published an article in November saying that although President-elect Trump accused "we are not making anything anymore", the manufacturing industry is still very prosperous in the United States. The problem is that the factory needs less staff than it used to, because much of the work today is done by machines.

Howard Shatz, a senior economist at the US think tank RAND, believes that â€œwe are producing more with less manpower.â€ For example, GMâ€™s current employees are only three in the 70s of the 1970s. One of the points. But it produces more cars and trucks than ever before.

Foxconn, Apple's largest foundry partner, recently broke the news that Apple may relocate Chinese OEM production to the United States and will adopt a robotic assembly program. Although the above remarks cannot be confirmed, the economic significance of robotics is unquestionable, and the manufacturing industry in the United States is being redefined.

It is not only the United States that has been redefined, but Dongguan, which is a typical representative of traditional manufacturing in China, has enjoyed an international reputation in the footwear industry. However, in the face of rising labor costs, the industry is facing a difficult transition. Since the government promoted the automation upgrade, Dongguan has responded positively. Many machine substitution plans: At present, there are 70 industrial robot R&D and production enterprises in Dongguan, accounting for about 10% of the national total; and more than 400 intelligent equipment manufacturing enterprises, the total output value this year is expected to exceed 35 billion yuan. According to the development plan, Dongguan strives to achieve a production value of more than 100 billion yuan in the robot and smart equipment industry by 2020. The added value of advanced manufacturing and high-tech manufacturing industries accounted for 52% and 38% respectively of the added value of industrial enterprises above designated size.

Foxconn chief scientist Dai Jiapeng believes that when artificial intelligence is combined with industrial robots, intelligent industrial robots are born, integrating different robots on one production line, and being able to work together perfectly is the robot application that the industry needs in the future. "We have seen the appearance of the future industry from this 'new creature'." Dai Jiapeng snarled.

Under the guise of China's manufacturing transformation and upgrading, industrial robots seem to usher in the east wind, but for large traditional industrial robots, they are increasingly difficult to handle the task of manufacturing precision parts, so it is difficult to adapt to the development of this mass customization era. . Lin Jiang, a professor of economics at Sun Yat-Sen University, said that at present, China's machine substitution stage still stays in the low-order robotic arm to replace manpower, and can only replace some of the workers who repeatedly operate on the production line.

It is precisely because of the intelligence, the micro-presence of the application of robots in the Chinese market is indeed far from the "machine substitution" that people often hear. Qu Daokui, president of Xinsong Robots, said recently that robots have been in development for more than half a century. Now there are only about 2 million units in the world. From the perspective of robot density, the world average is 60%, while China is only about 31%. From the perspective of replacement rate, 99.38% of the current enterprises are still manual operations, 99.7% in China have not been replaced, and the replacement is only a few tenths of a percent, which can almost be ignored.

"Currently, most industrial robots can only work in some structured environments, and the online sensing capability is relatively poor. Engel Berger is the father of industrial robots. He once said that if an automatic device only does one This thing, then this device can not be called a robot, can only be called automation, the real robot should have the ability to do a variety of different work." Changtai Robot Co., Ltd. chief engineer Huang Shaoxiong told the first financial reporter.

Tan Zhizhi, chairman of Wuxi Micro Research Co., told reporters that the current industrial robots are more suitable for simple processes such as handling and transportation. The limitation is the degree of intelligence. If there is a bad match, the application is not in place, and the repair is performed. With a series of problems such as high cost and long maintenance period, the costs and losses faced by enterprises will be even greater. Between cost and efficiency, it is not difficult for companies to make choices.

Being trapped in intelligence is one of the biggest pain points in the robot industry. In the face of such a situation, we need more than patience.

ZviShiller, president of the Israel Robotics Association, said that as a multidisciplinary system, robots need to integrate industrial and technological technologies from the laboratory, and integrate various technologies of software and hardware, including perception, action planning, dynamics, and control. With some core technologies, such as mechanical design, any robot product going to the market requires a large team after a long time.

The earliest robot in the world is just a robotic controller. Since then, with the development of analog sensors, robots can make some autonomous decisions, and then some groups of intelligence began to emerge, from the initial simple industrial robots, to the beginning of some complex interactions. Although most of the robots currently on production lines or booths are still in the form of robotic arms, the degree of intelligence and rich industry are supporting the development of industrial robots.

In the view of the former manager of the Muse robot, Tu Yu, the improvement of intelligence is the basis for the robot to have different working abilities, and the intelligence comes from the construction of industrial standards. He told the First Financial Reporter that "the establishment of standardization is Realize the foundation of future robot customization and intelligence." From this point of view, industrial robots that can realize automated production, intelligent identification, and system control are becoming the tools for many equipment manufacturers to solve the rising pressure of labor costs.

HVLP series Linear High Voltage Power Supplies are High-voltage DC Power Supplies that achieve AC/DC conversion through power frequency transformers and transistor loop control. Compared with switching high voltage power supplies, linear high-voltage power supplies have higher stability, higher accuracy, and lower output ripple. And the most important, because of the use of the power frequency AC/DC conversion principle, the linear power supply has no high-frequency radiation interference, and it is especially suitable for use in places with restrictions on EMC and EMI. 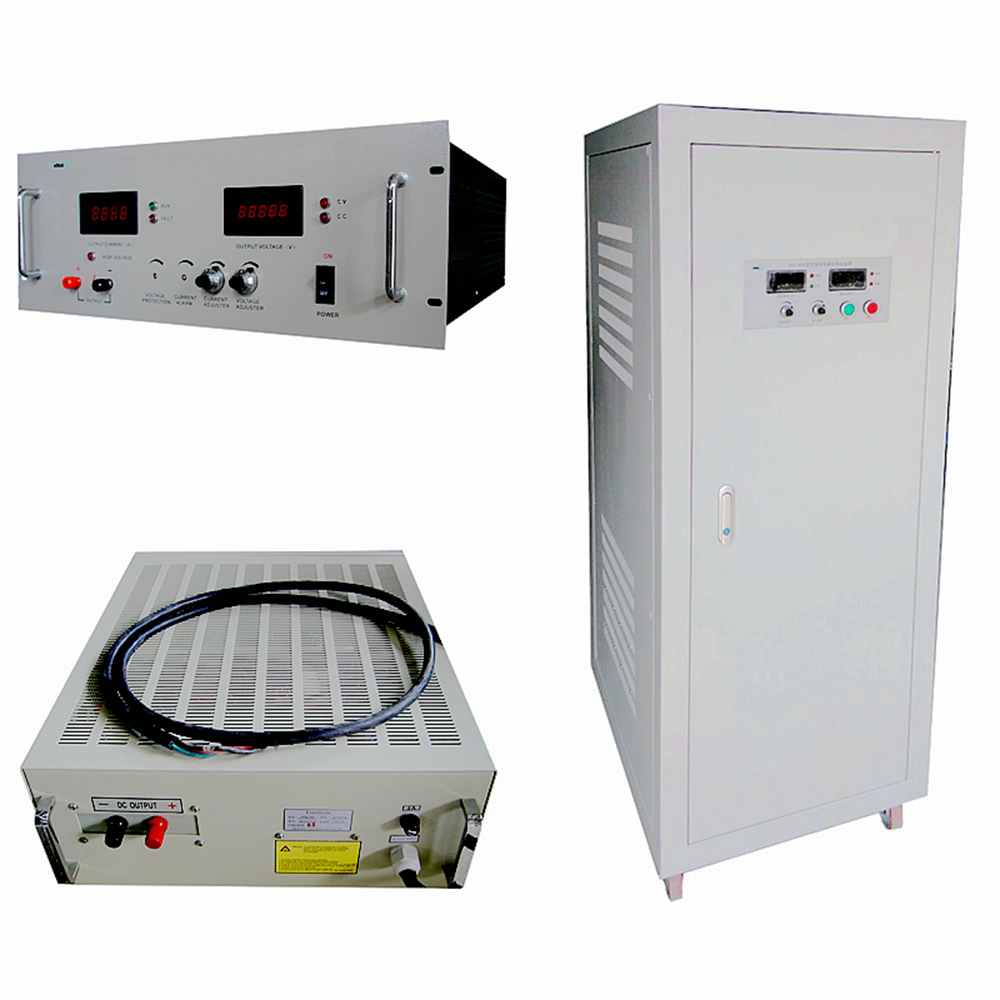 The HVLP series Linear Power Supplies have a wide range of output specifications, the output power ranges from 1KW to 400KW, and the output voltage can reach up to 50KVDC, and accept customization.

The whole series linear power supply adopts industrial-grade metal chassis, pure copper AC/DC multi-insulation high-voltage transformer with varnish treatment, high-reliability multi-transistor filter loop, ensuring the power supplies can run for a long time at full load with high stability, high accuracy, and ultra-low ripple electronic characteristics, equipped with a complete protection circuit, which can better ensure the reliability of the linear power supply itself and the safety of the customer's load.
The output voltage and current can be adjusted by the 10-turn potentiometer with scale and lock on the front, equipped with 4 1/2-digit high-resolution LED meters for output value reading, and RS communication interface can also be added for remote control and monitoring of linear power supplies.

This series of linear high voltage power supplies are mainly used for gas discharge, high-voltage electronic tubes, and can also be applied for other electronic components burn-in test.
Because the output this power supply has HV, the output MUST be connected to the chassis for fixed grounding to ensure the personal safety of the user.