The latest research by TrendForce's Tuoba Industrial Research Institute shows that the European and American Christmas holiday sales period is approaching. Under the help of the game machine becoming the first choice for the festival gift, the sales of virtual reality (VR) devices will be driven out. The total volume of goods will reach 2.91 million units, and will grow to 5.1 million units by 2017, with an annual growth rate of 75%. The shipment rankings are based on the competition situation of Sony PS VR, Oculus Rift and HTC Vive.

Takuya wearables analyst Cai Zhuoyu said that Sony, Oculus and HTC's VR device shipments are limited by the impact of yield and component shortages, and supply will be tighter before 2018. From the demand side, the biggest key to sales is still in the Christmas sales period, because this time point is the sales peak of game products over the years, and the innovative VR device is expected to become one of the popular gift choices this year.

Cai Zhuoyu pointed out that under the influence of shortage of AMOLED panels and insufficient production line yield, Sony's PS VR shipments this year are about 1.5 million units. Although it is the highest among the top three brands, PS VR is equipped with game consoles, at least Half of the sales will be concentrated in December, so the inventory of PS VR in the channel will be completely in short supply. Therefore, Sony will try its best to increase the supply in 2017 to make up for the gap in 2016. In addition, many well-known third-party developers also expect to launch the new Sony exclusive VR game in 2017. It is estimated that the 2017 PS VR shipment will be 2017. It will grow to 2.5 million units with an annual growth rate of 66.7%. 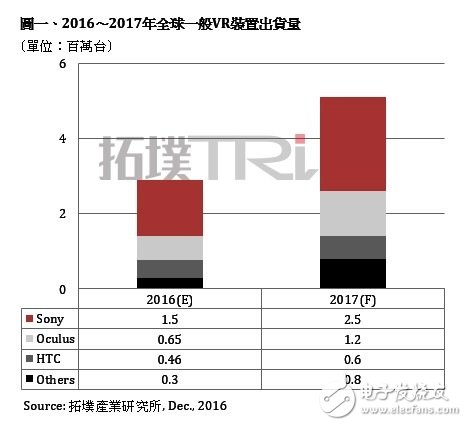 As for the other two brands, Tuoba estimates that Oculus Rift and HTC Vive will ship only 650,000 units and 460,000 units in 2016. Although there is still a demand gap in the market, the channel stocking estimate will only be tight. Not as short as PS VR. Oculus and HTC will continue to improve the supply chain. It is estimated that the shipments in 2017 will increase to 1.2 million units and 600,000 units respectively. The two major brands will launch new products in the fourth quarter of 2017 to the first half of 2018. To stimulate market demand.

According to the statistics of Tuoba, the output value of VR hardware and software in 2016 was only 1.9 billion US dollars. The main reason was that the development of hardware was first in the early stage of market development. However, the components of the AMOLED panel still need to be expanded, and the demand for smart phones to improve AMOLED is lacking. The impact of goods and yield problems, VR device shipments are not as expected, making the overall output growth limited. Tuoba estimates that after 2018, VR hardware shipments will stabilize, and the market will grow rapidly. After 2020, the software output will begin to surpass hardware, driving the overall output value to reach 22.4 billion US dollars to meet VR applications. The big outbreak. 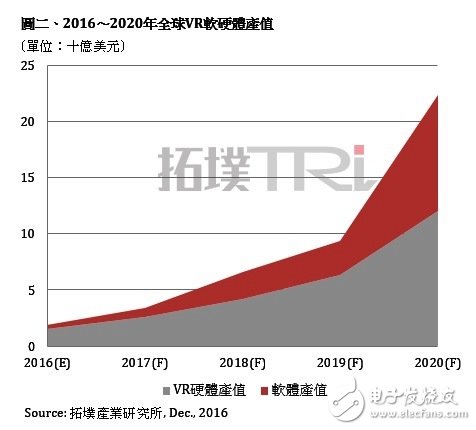 Nylon Expandable Braided Sleeving is flame-retardant and halogen-free. Braided sleeve offers durable abrasion resistance in a wide range of industrial applications. The open weave construction allows an easy installation on a bundle of hoses and cables, even if some with bulky or large connectors.
Totally expanded the sleeving can reach at least one point five times than the initial dimension.

Nylon expandable braided sleeve compiled by the Environmental Protection PET filament diameter monofilament 0.20mm or 0.25mm's made with good flexibility, flame resistance, abrasion resistance and heat resistance, network management can be easily expanded to the original 150% , and it is easy to tighten the various irregularly shaped objects, which can be maintained within a wide temperature range while maintaining a soft, can inhibit chemical corrosion, UV and friction, characterized by its unique mesh also has good ventilation, wire heat diffusion function in a timely manner.