Low-level coal is the only way to transform efficiently 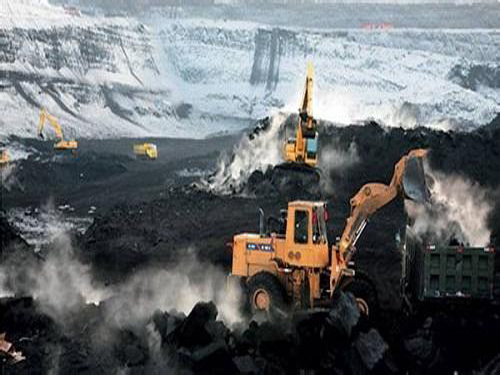 As early as September of this year, the â€œProvisional Measures for the Administration of Commodity Coal Qualityâ€ promulgated by the State clearly stipulates that the proportion of brown coal ash as commercial coal shall not exceed 30%, and that of other coal shall not exceed 40%; the sulfur content of lignite shall not exceed 1.5%, and other coals Not more than 3.0%. In various places, standards for prohibiting the direct sale or burning of inferior coal have also been established. Industry experts said that in the short term energy structure can not be a large-scale adjustment, promote the clean and efficient use of coal is a top priority, in which the comprehensive utilization of low-rank coal is an important direction. The "Using low-rank pulverized coal to produce gasification coke technology" jointly developed by Taiyuan Engineering and Development Engineering Co., Ltd. and Shanxi Provincial Industrial Equipment Installation Co., Ltd., can realize the production of high-quality gasification coke by low-order non-bonding inferior pulverized coal, and as a Lurgi , BGL and other fixed bed pressure gasifier high-quality raw materials, the core technology has been patented. The reporter went to Taiyuan Engineering and Development Engineering Co., Ltd. to inspect the progress of using the technology to build a demonstration project and to understand in detail the process flow of the project and the great potential value for the efficient use of coal.

The relevant person in charge of Taiyuan Engineering and Dacheng Engineering Company told the reporter that Shanxi Province has proved that its coal reserves are about 280 billion tons, accounting for 27% of the national coal reserves, ranking second in the country. The reserves of low-rank coal such as thermal coal and weakly viscous coal accounts for over 50% of the total coal reserves in Shanxi. The pulverized coal content in the raw coal is about 80%, and the pulverized coal with a particle size of less than 10mm is increasing as the proportion of raw coal production increases. Relying on the present state of coal resources and energy consumption structure in Shanxi Province, how to make non-adhesive pulverized coal, especially high-ash and high-sulfur, low-order pulverized coal effectively and cleanly, is related to the sustainable development of energy and the environment. important topic.

For Shanxi, a major coal province, it is a long way to go to develop a low-carbon economy, build a low-carbon city, and build a low-carbon life for high-carbon industries. As early as 2010, Shanxi was approved as a comprehensive reform pilot zone for national resource-based economy transformation. It has vigorously promoted the â€œcomprehensive gasificationâ€ process and used clean energy such as natural gas and coal-bed methane to replace highly polluting energy such as coal. Shanxi Province's "Twelfth Five-Year Plan" outline proposes to build "gasification Shanxi" and further accelerate the industrialization process of "Four Gas" development and utilization. However, due to coal suitability reasons, the gasification technology that is in line with the resources of Shanxi Province is mainly fixed bed gasification technology. However, the key problem of fixed bed gasification technology is that it cannot directly use pulverized coal as raw material, and the supply of smokeless lump coal is tight. . Based on reality, it is of great significance to implement the â€œgasification Shanxiâ€ strategy by realizing efficient and graded conversion of low-grade low-quality pulverized coal and improving the efficiency of resource utilization.

The gasification coke project uses low-grade low-quality pulverized coal as raw materials to produce pressurized or atmospheric fixed-bed gasification raw materials, which not only expands the coking coal resources, but also maximizes the protection of scarce coking coal. At the same time, it can fully utilize the 30 million tons/year coking production capacity in Shanxi Province that is seriously over-abundant, thoroughly resolve the problem of overcapacity in Shanxi Coking, reduce the cost of fixed bed gasification, and greatly reduce the environmental pollution caused by the raw material gasification production process in downstream chemical companies. . Solve the problem that Shanxi coal is difficult to adapt to large-scale gasification technology and water resources utilization, fully break the unfavorable situation of engineering gasification bottleneck in â€œgasification Shanxi,â€ expand the broad technology market and product market, and also be a low-order pulverized coal Open up a reasonable and effective way to use.

The reporter carefully inspected the project's gasification coke products performance indicators, test burn report, sewage testing and other documents and found that indicators of cyanide, sulfide and other indicators in the gasification and condensation wastewater showed no detection, and the COD was 2830 mg/L. Direct biochemical treatment and reuse, the content of phenolic pollutants in the sewage is low, which greatly reduces the environmental protection investment.

At present, large-scale industrial gasification coke production has just started in China, and there is no precedent for foreign clean coal technology. The reporter learned from the person in charge of the gasification coke project at Taiyuan Gongdachengcheng Engineering Co., Ltd. that after the completion of the project, there are several aspects of predictable social benefits: to open up a new technology route for the separation and utilization of the large amount of remaining coking capacity in Shanxi Province. Coking products will be updated to divert part of the coking production capacity, realize the win-win situation of metallurgical coke and gasification coke, realize the local production of gasification coke for coal pulverized coal and extend the establishment of demonstration projects for the coal chemical industry chain; in the first stage of project implementation, 1 million tons of gas will be built. After the demonstration plant for coke production, in accordance with the price of anthracite lump coal at the same gas production rate, the coking plant can achieve annual sales of 770 million yuan and total profits of 170 million yuan. The second stage of project implementation will be completed. The project will use a coke oven gas and a gasification coke gasification double gas head to produce refined oil products, which will realize sales of 1.945 billion yuan and annual profits of 450 million yuan.

According to report, in the first three quarters of this year, the national coal consumption was 3.03 billion tons, and the chemical industry used more than 170 million tons of coal. From 2014 to the end of the â€œThirteenth Five-Year Planâ€, coal industry coal consumption increased by 350-400 million tons. The large-scale increase in coal for chemical use has caused a serious shortage of lump coal resources, and the supply of anthracite lump coal has fallen short of demand, while low-rank coal, which accounts for 56% of total coal reserves, has not been used as a cause of high volatile matter, high pollution, long-distance transport and storage, etc. Bulk energy and chemical raw materials are widely used.

Industry experts pointed out that the development of low-rank coal comprehensive utilization of new technologies, and actively promote the efficient conversion of low-rank coal, can not only save coal resources, but also improve the additional economic value for low-grade coal, forming a high efficiency, low energy consumption, low investment, environmentally friendly The new industrial chain is not only a major driving force for the â€œgasification of Shanxiâ€, but also a requirement for the entire coal industry to take a clean, efficient and sustainable development path.

We are professional manufacturor more than 10 years providing high brightness, waterproof, dustyproof Outdoor Full color Led Display , which is widely is used in the outdoor environment such as outdoor advertisement, Stadium, Airport, Traffic system, Hopspital, Hotel, Market, etc. The application environment of Outdoor LED Display is normally much worse than the Indoor LED Display. The material & quality standard is also higher than the Indoor Led Display . We provide all series of Outdoor Fixed LED Display models: P3.91mm, P4mm, P4.81mm, P5mm, P6mm, P8mm, P10mm, P15mm, P16mm, P20mm. Since more and more customers prefer higher resolution to improve the video quality, outdoor HD series of P3.91mm, P4mm, P4.81mm, P5mm, P6mm become popular models. In any case, the use of digital video outdoor LED screens from JOYLED LED Screens signifies a brand new stage of development in the area of outdoor advertising. A number of articles have already discussed the strengths of presenting information on LED (Light Emitting Diode) monitors versus the static outdoor stands. The size of the Outdoor Led Screen displays and LED signs are very important to know to determine the resolution per square meter we have to set for the screen. This is to avoid low quality video with very little detail or a very high quality video that is not necessary (in some cases it depends on the customerÂ´s project type). The variable that decides the LED screen resolution per square meter is called the pixel pitch, which tells us the distance between the LEDÂ´s in millimeters. The shorter the distance of the LEDÂ´s, the higher the screen resolution per square meter, and a greater distance, the resolution will be less. Our full color outdoor LED screens can be divided into two types of groups, which are: Integrated 3in1 SMD LED chips based outdoor LED screens & Dip LED Chips (Oval LED Chips) based outdoor LED screens