Of the top 10 mobile phone manufacturers in the world, 5 are already Chinese companies.

These Chinese manufacturers with good cost control and aggressiveness are making greater breakthroughs in various markets around the world. However, for professional "patent hooligans", they are the best Chinese "big fat sheep" to come to the door.

Patent Troll, also known as patent èŸ‘èž‚, patent shark, refers to companies that do not have a physical business, mainly survived by actively launching patent infringement lawsuits. Since there is no physical business, it is also called NPE (Non-PracTIcing EnTITIes, non-practicing entity). Intellectual Ventures, Interdigital, Acacai, etc. are among the most famous.

According to Patent Freedom, the number of patent litigations initiated by NPE worldwide is increasing every year. In 2004, it was 588, and by 2011 it had risen to 4,602. Apple, Hewlett-Packard, Samsung, AT&T, Dell, Sony, HTC and other big names are among the most frequent defendants in the NPE litigation. For example, Apple only encountered 44 such lawsuits in 2012.

"In a smart phone, various patent fees have accounted for about 8%-10% of the ex-factory price." Li Bin, executive vice president of Yulong Coolpad, said in an interview with the 21st Century Business Herald.

Guo Aiping, CEO of TCL Communication, said that in order to maximize the benefits of their own patents, some manufacturers, in addition to their own fees, also sell some of the patents to others to obtain excessive and unfair patent fees. "Especially some manufacturers do not make mobile phones themselves. It is useless to cross-authorize with him."

"We have been paying attention to the progress of Microsoft's acquisition of Nokia's mobile phone business." An industry insider said that the deal will not let Nokia leave the mobile phone market, it just replaced another operating model, "for Nokia's huge patent assets The operation and impact on the mobile phone industry require more active and cautious observation." 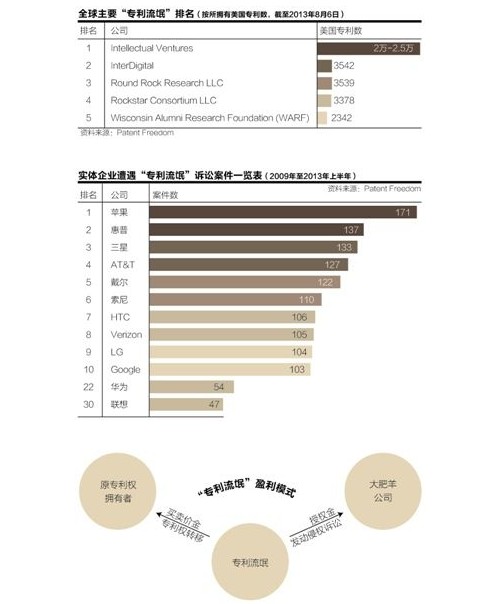 In September 2013, Microsoft acquired the Nokia mobile phone business for 3.79 billion euros, and spent a total of 1.65 billion euros to purchase a 10-year license from Nokia. "We can get access to the Nokia patent, but we won't get ownership of the patent itself," Microsoft general counsel Brad Smith said at the time.

Why didn't Nokia sell the patent to Microsoft at the same time? It is widely speculated in the industry that Nokia, which has many core and high-quality patents in the mobile communication industry, is likely to continue to collect a large amount of patent fees through its patent portfolio. Nokia law spokesperson Mark Durant also said after the disclosure of the acquisition: "Until now, Nokia has not licensed a large number of its own patents, but when the mobile phone business is divested, we will try to license the technology."

EU competition commissioner Joaquin Almunia warned Nokia at the end of 2013 not to become a â€œpatent hooliganâ€, saying that if Nokia tried to use its patents in a rogue manner, it would not hesitate to raise the counter Monopoly litigation.

It was learned from the relevant mobile phone manufacturers that in addition to the Ministry of Commerce, the National Development and Reform Commission also joined the review of this transaction.

Whether Nokia will become a "patent hooligan" is inconclusive, but some of the patents that the company sold in August 2012 have become the arrow of patents for Chinese manufacturers. Vringo, which brought ZTE and ASUS to the German dock, is one of the acquirers of the patents sold by Nokia.

Regardless of the angle, Vringo is characterized by a "patent hooligan". Vringo claims to operate a publishing platform for mobile social applications, but this part of the physical business has generated almost no revenue. The company's third-quarter earnings report as of September 30, 2013 showed that its revenue was only $50,000, and its total operating expenses were $112.26 million, with a net loss of $10.56 million.

Vringo's main business model is to obtain patents through acquisitions, etc., and then initiate patent litigation in the global market for the so-called "Dafeiyang" company, and seek patent grant fees.

On July 19, 2012, Vringo experienced a change of control. In August, it announced about 500 purchases from Nokia including communication management, data and signal transmission, mobile management, frequency resource management and services. The patent is worth US$22 million.

Microsoft is one of the "big fat sheep" in Vringo. On May 30, 2013, Microsoft reached a settlement agreement with Vringo after a court battle. Microsoft paid Vringo $1 million and will pay a certain percentage of the license fee for related patents in the future. At the same time, Microsoft also transferred six patents to Vringo.

Before and after the patent transfer from Nokia, Vringo began a global litigation against ZTE. At present, the two sides have mutual offensive and defensive in this combination lawsuit, and it is unpredictable.

However, the two types of companies are almost the same in terms of final appeals, mainly through strategic cooperation, asset operation, and capitalization of patent assets packages they own, such as common patent sales, patent licenses, and patent litigations. Among them, patent litigation is their core combat weapon. By launching large-scale litigation, some defendants are forced to obtain early settlements, and then use these funds to continue litigation with their target targets to maximize profits. Such companies re-engage investors through patent operating income or promote stock price increases, and obtain new funds for further research and development to create patents or acquire patents, and then continue to carry out patent package operations, forming a cycle.

"As Chinese companies grow larger and move toward overseas markets with greater intensity, the more likely they are to become 'big fat sheep' exposed to the 'patent rogue' sniper rifle." Shen Jianfeng said.

According to Patent Freedom, Huawei and Lenovo encountered 13 lawsuits initiated by â€œpatent rogueâ€ companies in 2012. In the first half of 2013 alone, Huaweiâ€™s lawsuits rose to 15 cases.

If an entity is once targeted by a "patent hooligan", it must first ensure that the strategy is formulated under the principle of maximizing profit. Secondly, comprehensive use of conventional means, such as active response, claiming non-infringement or invalidating the other party's patent, and launching a counterclaim, Etc., and unconventional means to deal with.

In fact, ZTE and Huawei made a preliminary victory in a recent patent infringement lawsuit against InterDigital.

As a large NPE, InterDigital has nearly 20,000 patents (or patent applications) and claims to have multiple 2G, 3G and 4G standard patents in the wireless communications field. In July 2011, InterDigital accused the US International Trade Commission (ITC) and the Federal District Court of infringement of its patents by companies such as ZTE, requiring the initiation of the 337 investigation and the issuance of an exclusion order prohibiting the respondent company from selling 3G mobile devices in the United States.

On December 20, 2013, in the case of patent infringement by InterDigital v. ZTE, the ITC administrative judge made a final ruling. ZTE did not violate Section 337 and did not infringe the plaintiffâ€™s six patents in seven of them. The other one It was also found to be invalid. ZTEâ€™s litigation with InterDigital in the Federal District Court is still in the contest.

Bustling in the hustle and bustle of the city, busy with heavy work, people began to pursue ways to relieve stress, and Bluetooth Diffuser as a device to relieve stress, is gradually entering the people's field of vision. In recent years, the development of aromatherapy machines has shown a thriving trend, and Dituo intelligent Bluetooth Aroma Diffuser has been widely concerned and loved by consumers with its innovative design and rich functions.


Why is Dituo's smart music aromatherapy diffuser supported by so many people?


If you experience this Bluetooth Oil Diffuser, you will find that their success is not due to luck, but that they have created a product that combines practicality, design and technology, whether it is design, production or material selection. And the appearance, all reveal the creative attitude of the Shenzhen Dituo Electronic Co.,Ltd. and the thinking of the product. Dituo uses high-frequency vibration generated by ultrasonic vibration equipment to convert water into fine mist at a frequency of 2.4MHz. After being used with different essential oils, it is distributed in the surrounding air to make the air full of fragrance. When there are guests visiting at home, Or when there is an odor in the room, the fragrance emitted by Dituo can make the air instantly fragrant. The faint aroma not only makes you immerse yourself in the beautiful atmosphere of aromatherapy, but also refreshes your mind. Imagine that when you end your busy day and want to relax your body and mind, the fragrance that dituo brings will make you You feel relaxed and comfortable.

The pleasing music has a calming effect on modern people who are under stress all day. Aroma Diffuser can play music through the Bluetooth connection. When the music meets the aroma, and the romantic atmosphere created by the gradient breathing makes people feel like walking in the space of the cloud, the refreshing atmosphere adds a pleasant atmosphere. If you are accompanied by mild symptoms of insomnia, when you are doing aromatherapy in the bedroom, you can add the essential oil of lavender, and the fresh and elegant aroma can accompany you to dream.