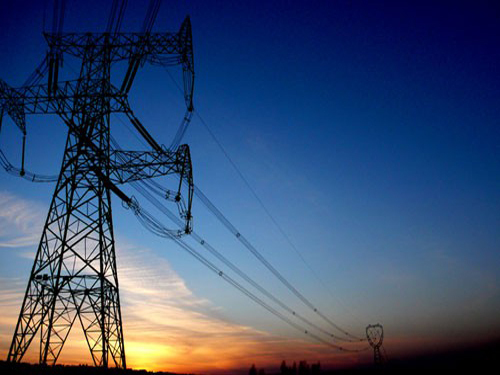 When the new round of reform of the power system was â€œprobably madeâ€, local electric reforms had already begun to surge. The national grid, which controls 26 provinces and regions and more than 88% of the country's land area, is facing unprecedented challenges.

In recent years, the competition between the State Grid and local enterprises has become increasingly fierce. With the resumption of reforms, the call to break monopolies has been repeated. In accordance with the principle of a new round of reforms, which are actively and steadily progressing in an orderly manner, the regional power market will become a pilot field. At present, Shenzhen and Inner Mongolia have initiated pilot reforms of transmission and distribution prices, while other provinces such as Yunnan and Sichuan are also actively planning and competing for entry.

The power system reform that began in 2002 has not yet achieved its marketization goal. â€œThe state-owned monopoly and exclusive monopoly of the State Grid has not only not broken down, but has also continuously expanded. The ban on local power grids has not yet been broken, and artificial restrictions on the construction of 220 kV power grids for local power have led to the development of power resources for county-level power companies. In the meantime, the State Grid has adopted a so-called 'host management' approach to control the local power companies for free, resulting in a rural network authorized by the province to commission the Sichuan Hydropower Group to operate. Assets of 2.8 billion yuan were left unconnected." As one of the "survived" local power companies in the Chinese power market, Sichuan Hydropower Investment Management Group Co., Ltd. pointed out in a report on promoting local power system reform that local power reform in Sichuan. Development and development are mainly faced with problems such as the lagging state electricity system reform, unreasonable electricity price formation mechanism, large input demand for agricultural power, and unclear property rights of rural power companies.

A business person in Sichuan said that the low on-grid electricity prices in the local area and the high electricity prices on the lower grid have created a large gap between the scissors. The data provided by Zizhong Company, a hydropower group of Sichuan Province, also showed that the average net power spread between the upper and lower grids reached 0.2 yuan/kWh, and that it had to pay more than 14 million yuan a year.

There are more than one place in the network for the State Grid. In the past few years, disputes between Shaanxi Provincial Local Electric Power Corporation (abbreviated as Shaanxi Terrestrial) and the State Grid have continued and even staged "whole military exercises." In addition to the State Grid and China Southern Power Grid, Mengxi Power Grid is the only power company with both transmission and power supply qualifications. Before the local power companies also accused the State Grid, "want to swallow up the power grid, and use its own monopoly to restrict access to Inner Mongolian power grids, and sent power to Inner Mongolia to send power across the province, resulting in large losses in power companies."

Wang Zhongying, director of the Renewable Energy Development Center of the Energy Research Institute of the National Development and Reform Commission, said that at present, the problems of the power grid in China are far from a channel problem, but are problems with the system and mechanism. The German power grid communicates with other European countries, and it is equivalent to 34 cities, autonomous regions, and autonomous regions in China. Their experience can be fully used for reference. However, Europe has established a completely competitive electricity market, while China does not.