With the application of 4G LTE, mobile communication has achieved unprecedented growth in data throughput. However, mobile terminal requirements for battery performance will also increase. The LTE uplink signal uses the SC-FDMA modulation scheme, and the peak-to-average ratio (PAR) is higher than W-CDMA. A power amplifier (PA) is one of the most power-hungry devices in a mobile terminal. As shown in Figure 1, the power level of the LTE uplink signal remains low for most of the time, with very little peak power. Therefore, the power amplifier can only provide the highest efficiency when the peak power is occasionally reached. Most of the time, the power amplifier can't effectively use the input power, and the useless power is converted into heat, which causes the battery to consume power, which in turn affects the thermal design power consumption (TDP) of the mobile terminal. Envelope Tracking (ET) can provide a possible solution to help address the above mobile RF front-end design issues. Envelope tracking dynamically adjusts the DC supply voltage based on the "envelope" of the power amplifier input signal and provides the high voltage required by the component only when necessary, improving battery drain and heat dissipation in the power amplifier.

Testing the envelope tracking device requires inputting an IQ signal to the power amplifier and adjusting the envelope signal of the power amplifier power input. The envelope signal is generated by the absolute amplitude of the IQ sample and is typically applied 3 to 6 times oversampling to ensure smoothing of the waveform. The raw envelope data generated by the IQ signal needs to be first applied to the Envelope Tracking Power Supply (ETPS) via a Shapeping table. Shape mapping tables generally have a "de-troughing" feature that prevents the envelope voltage from dropping to 0 V. Also, the shape map can maximize power amplifier efficiency or ensure constant gain over a wide range of input power levels, or "ISO gain." It is no exaggeration to say that the shape mapping table determines the performance of the envelope tracking system.

ETPS dynamically adjusts the voltage applied to the power amplifier by the power supply. Most ETPSs have differential inputs as defined by the MIPI Alliance eTrak standard, so the envelope waveform generator must have a differential output. ETPS is the power source for the power amplifier. The voltage supplied to the power amplifier must have a precise timing relationship with the input RF signal. Taking an LTE signal occupying 100 resource blocks (RBs) as an example, the time synchronization between the RF signal and the envelope signal must be less than 1 ns. More bandwidth-rich LTE signals, such as carrier aggregation signals, require tighter timing synchronization control. The RF and envelope signals can be approximated by an oscilloscope prior to connection to ETPA and ETPS. However, due to the internal delay of the ETPS and RF power amplifiers, final calibration requires the use of performance parameters such as EVM or ACLR to adjust the ETPA output. To optimize ET system performance, timing adjustments need to be accurate to within nanoseconds. 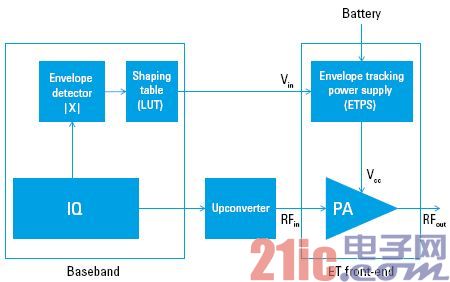 Figure 2. A simplified block diagram of the envelope tracking system.

Agilent's Envelope Tracking Option for LTE/LTE-Advanced's N7624/25B Signal Studio software generates envelope waveforms for LTE and LTE-Advanced IQ waveforms. The option supports envelope generation settings up to 32 times the arbitrary oversampling rate. Using the software's built-in shape map manager, users can quickly and easily generate, import, and select multiple shape maps and download the generated IQ and envelope waveforms directly to the RF signal generator and arbitrary waveform generator (AWG) . The 33600/33500 Series Arbitrary Waveform Generator can be used as an envelope waveform generator. After downloading the waveform, the 33600/33500 Series can adjust the timing synchronization of RF and envelope signals in real time at 1 ps resolution, eliminating the need to regenerate waveforms, allowing you to easily optimize timing. The 2-channel output configuration of the 33600/33500 Series Arbitrary Waveform Generators supports differential outputs with low-bandwidth noise and can be directly connected to the ETPS input without filtering. The generated IQ and envelope waveforms can be saved and applied to other platforms (such as PXI) to support higher throughput production testing.

With the waveform library feature of the N7624B/25B Signal Studio software, envelope tracking (and digital predistortion) can also be used to process non-LTE waveforms such as W-CDMA or MATLAB.

The parallel measurement capabilities and powerful graphics capabilities of the 89600 VSA software make it easy to measure AM-AM, AM-PM, and gain compression by alternately measuring and comparing the power amplifier input and output signals with a single output from a single signal analyzer.