The golden period of hydropower development is gradually improving 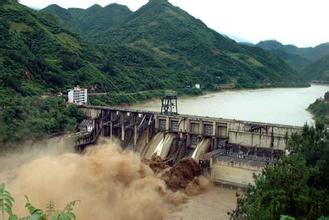 The key reforms set by the Third Plenary Session will promote the gradual improvement of the on-grid hydropower tariff mechanism, the value of hydropower resources will be gradually reflected, and the hydropower grid electricity price pricing will gradually be marketized, which is a long-term benefit for the development of the hydropower industry. We conducted a detailed analysis of the listed companies and recommended that we pay attention to SDIC Power, Chuantou Energy, Changjiang Power, and Wuyuan. For some companies, the year-long decline in water sales performance constitutes a long-term buying point.

There is a lot of pressure on energy conservation and environmental protection, and the burden of hydropower development is heavy. On the one hand, China must achieve the goal of 15% of non-fossil energy in primary energy consumption in 2020, and it is highly demanding for hydropower development. On the other hand, the atmospheric pollution situation is severe, and the development of thermal power is limited, and hydropower needs a corresponding substitute. China's conventional hydropower installed capacity will increase by at least 100 million kilowatts by 2020.

Ten years of momentum, ushered in the golden period of production. Starting from the previous round of separate power system reforms in 2002, the 13 major hydropower bases in China were authorized to be developed by the five major power generation groups and large-scale central enterprises such as the Three Gorges and SDIC. After more than ten years of development and construction, they have been By 2020, it will be the peak period for the commissioning of hydropower stations. However, the hydropower projects put into operation in the early stage are profitable, and the future hydropower projects will face rising costs. They need to be solved through the on-grid tariff.

To adapt to the new situation of hydropower development, the on-grid tariff mechanism is to be improved. At present, most of the hydropower stations in China implement repayment and payment of electricity prices (ie, costs plus reasonable profits). In addition, benchmark electricity prices have been implemented in some regions, and a few power plant projects have implemented market-based retroactive electricity pricing. The first three pricing methods do not fully reflect the resource value of hydropower, nor are they market-based pricing. The future needs to be improved.

The reform of the Third Plenary Session promoted the improvement of the on-grid electricity tariff mechanism. The "Decision" of the Third Plenary Session puts forward that the mechanism for determining prices, which are mainly determined by the market, can be delivered to the market by the market. We judge that in the future, the on-grid tariffs for hydropower will be more market-oriented and reflect the value of resources more. The specific contents may include: implement inter-provincial trans-regional transmission of electricity to implement the retroactive tariff, and intra-provincial electricity tariffs to implement classified benchmarks for on-grid tariffs, the same basin hydropower group may implement unified tariffs, and establish on-grid tariff dynamic adjustment mechanisms.

Most hydropower listed companies will benefit from the improvement of the online pricing mechanism. We believe that the future reform will create long-term benefits for hydropower listed companies. Trans-provincial power transmission companies directly benefit, because the power-receiving region is economically developed and has a strong ability to withstand the power price, and the hydropower station can obtain a higher feed-in tariff through a reverse push. Sending hydropower stations in the province may use the local average on-grid price as a basis to reflect the value of resources through classification benchmarking or time-of-use price, and maintain a reasonable level of profitability in the process of internalizing external costs.

The low-lying performance of the water comes at the bottom and it is not suitable for growth flexibility. This year, the country's water supply is at a relatively low level. The performance of hydropower listed companies is at a low level, and the stock price is also in a lower range. We believe that in the future, as the on-grid tariff mechanism is gradually perfected, the water supply will gradually recover, and the performance of listed companies will gradually return to a reasonable level, and the stock price will also have corresponding performance. In the future, investors are advised to focus on: (1) Endogenously-accelerated companies such as SDIC Power and Chuantou Energy; (2) Yangtze Power with extended expansion opportunities; (3) Wuyuan Power and Guiguan Power .