The quiet transformation of the LED lighting channel model 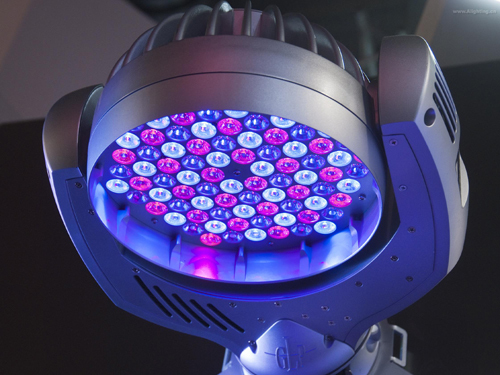 The market scale of LED lighting has reached nearly 10 billion yuan, which outlines a mouth-watering picture, and the competition for distribution channels has also become increasingly intense in 2014, including Yiguang Lighting, National Star Optoelectronics, Cossbau, and Ford Lighting. , Langshi Lighting and Mulinsen, Foshan Lighting, Aozhisi and other manufacturers as representatives, implementation of the sea tactics, advertising bombing marketing model, held in various places investment conference, heavy gold to the channel. However, in the new era of LED lighting, this traditional channel model does not seem to be very effective.

After a short period of intense heat, the market seems to have calmed down again, and most of the manufacturers have suddenly become silent... In the crucial year of channel competition, are they sneaking low-key or are they, as externally questioned, disappearing from mainland China? Aladdin News Center reporter, in-depth frontline, to understand the "silence" behind the real situation.

It is well-known that if a person gains access to a channel and the company quickly launches a battle for channels, it will be conducive to the opening of its access to a certain extent. However, the channels are quickly blossoming and fully developed. In the short term, they may "look beautiful," and then they can However, it is a serious drain on capital, and the follow-up of products cannot be followed, and businesses will soon lose. According to industry veterans, the development of LED lighting has a great impact on the traditional channels, because the volume of the previous shop is large, when the LED lighting era comes, many agents are still digesting old inventory.

Mr. Li Jiannan, general manager of Everlight Lighting, told the Aladdin News Center reporter: â€œWhile simultaneously promoting channel construction and product research and development, if the market expands faster than the background construction, the pace of product development has not kept pace with, will lead to The follow-up performance of the distributor channel is weak, which is the result of the different constitutions of the two jobs being doomed.â€

â€œThis is a problem that everyone will encounter,â€ said Li Zhipeng, general manager of Nanhai Maoyu Lighting Co., Ltd. of Foshan City. â€œFirst, the chip continues to decline in price, and at the same time it continuously improves the efficiency of light. There are differences between the old products and new products; especially the circulation brand. , Will put a lot of inventory pressure to dealers, such as San Xiong, NVC, Ops and other large companies have a large number of second and third-tier distributors, the product can be diverted, but many new brand channels divergences, unable to sink, all The pressure is on the agents to bear; at the same time, their operating experience is far from the above three major brands. Therefore, the chances of backlogs of goods are even greater, and they cannot open up and divert. The goods of this type of agency can only be deployed. And competition with opponents after a few months and a half, there is no advantage in price and technology, the so-called digestion is a process of selling."

From the perspective of the enterprise itself, these enterprises that are not very powerful in the traditional channels will encounter difficulties in channel development and sinking; currently several major LED lighting brands such as Oupu, Fozhao and Qinqin passed the first two years. The â€œlow-key sneak peekâ€ has been successfully transformed, comprehensively improving the nationâ€™s channel performance, and forming a large circulation channel, while companies that are not mainstream have been suppressed to a certain extent. From the dealer's point of view, the current lighting market and agents in the country basically have corresponding partners, it is difficult to let them re-agent new business.

He also said that from a large environment, the current market for the entire LED market is not as hot as expected, on the "This year is the first year of LED development gold for three years," "LED welcomes the development of blowout-style" and other statements, but only part Corporate revelry.

â€œThere are a large number of companies that sell chips or finished products in OEM fashion, such as Guoxing Optoelectronics; while Coss & Co. and Langshi have gained certain sales in previous years, but their core technologies are still To fake people, and their channel size is far inferior to those of Sanxiong, NVC, Op, and Buddha, and they will not be able to compare the cost in the future. Therefore, the chances of being eliminated in the next year will be the largest; The core advantages of workers are that the domestic market is only a icing on the cake. Therefore, the risk in the future will not have such a positive impact. However, with the intense competition, a large number of companies in exports and OEMs are rushing to eat. The future depends on each enterprise itself. The foundation of the game," said Mr. Li Zhipeng to the Aladdin News Center reporter.

After the traditional channel model is cold, these manufacturers have tried to diversify their sales channels. In particular, the rise of e-commerce will further deepen the impact of emerging channels on traditional channels. In the industry, it is widely believed that channel sinking and channel shocks will be two important directions for channel innovation. Distribution, flatness, chain, and online shopping are the basic paths for channel development.

Yiguang Lighting is undoubtedly the high-profile leader in channel expansion in the first half of this year. What will happen next? In this regard, Mr. Li Jiannan said, â€œYiguang Lighting is gradually settling, applying the market that has been exploited in the previous stage, to do product planning, optimization, integration of back-end supply chain, establishment of quality management, and in general, logistics. Resource war.â€ It is understood that Yiguang has also planned its 2015 e-commerce products, and will also set up a dedicated e-commerce department to operate in a unified manner.

Ford had previously pushed dealership channels by gravity, but now focused on the diversification of channels to expand, and focused on the "E light fast line", but the current effect has not yet appeared; Similarly, Langshi Lighting is also making e-commerce channels, this year A series of shopping guide training conferences and e-commerce actual combat training were conducted. The effect was not clear. In the first half of 2014, Cosperbury expanded the channels of traditional distributors, and after a large-scale construction, it suddenly disappeared in the second half of the year. According to an insider from Park Lane, â€œthe focus of Kesi Baili's quiet development in the second half of the year is the e-commerce channel, which is still in the testing stage.â€ However, according to industry insiders, Cosbury has too many shareholders and its pre- Large-scale investment in channels, the current funding chain is in jeopardy. After a series of high-profile dealer conferences and product launches, National Star Optoelectronics has slowed down, and whether the recent expansion of its stake in senior executives and its top executives will open up channels for its drastic channels. The impact is unknown.

The quiet change direction of the channel model blurred the prospects

The large-scale channel adjustments that various manufacturers are advancing in secret reflect the new round of changes in the lighting industry that is about to usher in the channel model. The channel structure of the traditional lighting industry is the mode of layered agent and layer interest interception. In the new era of double superposition of LED lighting and the Internet, the effect of the traditional centralized combat mode is gradually attenuating. The old model does not quickly open up the market to the â€œsecondary governorâ€, â€‹â€‹and the industry does not seem to find effective ways. And ways to quickly open the market.

At present, several transitional paths that can be imagined are very difficult. For domestic lighting manufacturers with low profit margins, the cost control and efficiency improvement are the most important, and these two points Traditional lighting channel operators cannot do it, so these manufacturers have tried to diversify their sales channels and look to e-commerce companies.

Entering the e-commerce space is also an attempt to meet the current market trend, but it is still unclear whether lighting manufacturers can achieve breakthroughs in this area. At present, in addition to Philips, NVC, Ops, Zhouming Hanyuan and other companies rely on their size and financial advantages, in the e-commerce channel temporarily gain some results, the lighting industry in the field of e-commerce is still very shallow. In the recent O2O wind, there are people in the industry who believe that traditional lighting has brought a new kind of marketing thinking and direction. O2O is a comprehensive model that integrates offline stores and online sales, and will be developed in the future. China or will have a profound impact on the lighting industry in China.

Perhaps, as Mr. Li Jiannan of Yiguang Lighting said, different stages have different styles of play. In the era of expansion of channels, these companies have invariably expanded their channel networks in the mainland to deploy their markets one step ahead in fierce competition. However, how to apply this market, which has already achieved the "Governor of the Second Governor", is a problem that each company needs to consider in the next step.