Water heater energy efficiency standards or will be released 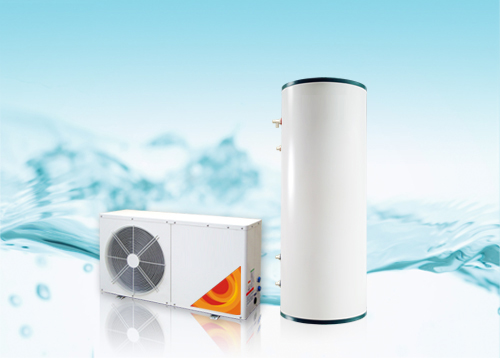 According to Cheng Jianhong, a researcher at the China National Institute of Standardization, energy efficiency standards for air-to-water heaters are expected to be released in the first half of the year, and energy-efficiency labels may appear on end-market products in the second half of the year. The standards will be divided into five levels. Nearly 20% of the air energy products currently sold on the market are being eliminated due to non-compliance.

And on the basis of energy-saving subsidies, the air energy industry will be regained good. According to Song Zhongkui, the deputy secretary-general of the China Energy Conservation Association, after more than a year of preparation, Chinaâ€™s air energy industry has secured special fund support from the European Union, namely the â€œChina Heat Pump Water Heater Challenge Planâ€. Nuentai and other companies have clearly stated that they must promote This project landed.

Nearly 20% of the products are faced with the elimination of air energy water heaters that have become energy-saving â€œstar productsâ€ because they can enjoy a subsidy of up to 600 yuan in energy-saving products and benefit people projects. In the past year, they have become one of the few industries in the home appliance industry that have grown against the market. Song Zhongkui said at the forum that in 2012, the output value of air-heater water heaters will be nearly 6 billion yuan, and the output value of air-powered water heaters is expected to reach 20 billion yuan in the next five years.

Taking the example of the leading company of air energy Niu Entai, the company's sales in 2012 increased by 115% compared with the same period of 2011. More than 100 million dealers were trained, with nearly 1,000 distribution outlets and more than 700 specialty stores.

It is worth noting that nearly 20% of the products on the market have been eliminated due to non-compliance after the energy efficiency standards were landed.

This situation is also expected to gradually improve. Song Zhongkui stated that after more than a year of preparation, Chinaâ€™s air energy industry has already won special EU fund support, namely â€œChina Heat Pump Water Heater Challenge Planâ€. This project was formally launched on February 1 this year. It hopes to raise the share of domestic air-to-energy water heaters in southern China to 6.5% through four years through special fund support.

Nuomei chairman Zhao Misheng said, â€œThe EU special funds are mainly to encourage the industry to develop intermediaries. Recently, a thousand dealers have gathered in Guangzhou to initiate this planâ€, which will help companies to reduce training, installation and after-sales service at the terminal. The cost of the product, which in turn reduces the price of the end product.

In addition, many companies in the industry have chosen to â€œjointly promoteâ€ the way they hold the market share of electric water heaters.